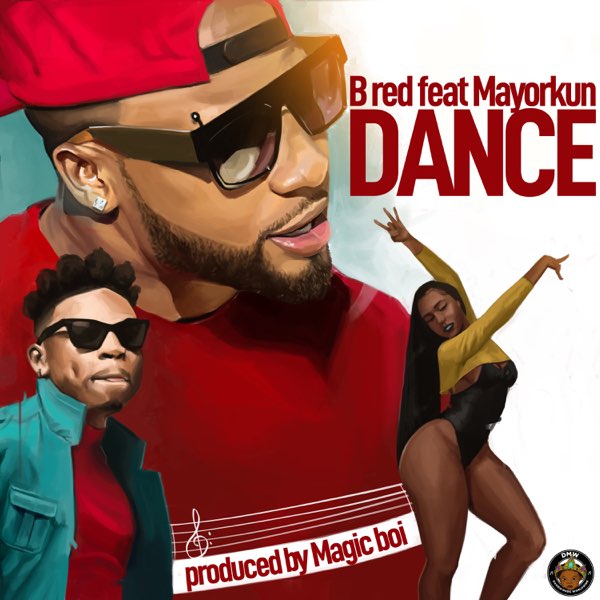 Finally we have B Red and Mayorkun on a record, they titled this new joint – “Dance”, produced by Magic boi.
B-Red x Mayorkun – ‘Dance’…. DMW’s newest addition – B Red comes through with a brand new single titled “Dance”. To deliver this latest AfroPop tune he employs the service of the Mayor Of (Lay Lay…) Lagos – Mayorkun. Talented music producer, Magic Boi earned the production credit of this banging pop record that will rock your speakers.

“Dance” is a follow up to his last release, B-Red’s first official single this year under DMW – ‘Dollar‘ which had Davido and Peruzzi on it also produced by Magic Boi. With the record still buzzing and rocking TV plays he unlocks this new impressive joint.