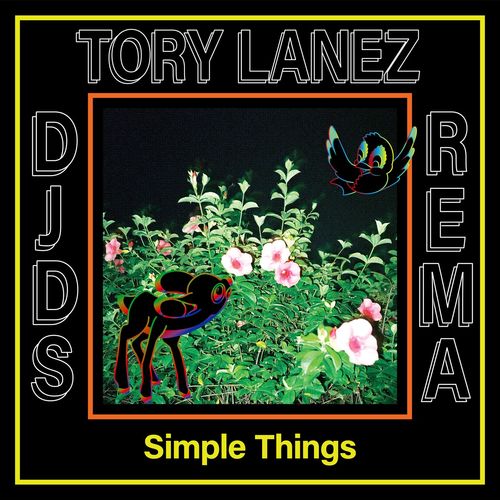 DJDS is an American production and DJ duo consisting of Jerome LOL (Jerome Potter) and Samo Sound Boy (Sam Griesemer), based in Los Angeles. DJDS provided production to Kanye West’s 2016 album The Life of Pablo, on the songs; “Ultralight Beam”, “Fade”, “Father Stretch Pt. 1”, “Freestyle 4”, and “Low Lights”. They received a “Best Rap Song” Grammy nomination for “Ultralight Beam”. Still on their relationship with Kanye, In February 2017, they soundtracked Kanye West’s “Yeezy Season 5” fashion show, producing a 17-minute extended version of the song “Bed” featuring The-Dream. Later in March 2017 DJDS produced the song “Another Sad Love Song” for Khalid which was on his debut album, ‘American Teen‘. The album debuted at #9 on the Billboard 200 chart. In July 2017, DJDS released the song “Trees On Fire” featuring Amber Mark and Marco McKinnis. It was named “Best New Track” by Pitchfork.

In March 22, 2019 they released a surprise four-song EP with Burna Boy titled “Steel & Copper“. “Steel & Copper” marks the first collaboration between the two, as the duo seamlessly enmeshes Burna’s velvety vocals into their world of eclectic production that bridges pop, trap and global sounds, introducing both sets of fans to a new sonic experience.

2020 came and the duo DJ linked up with Nigeria’s fastest rising star Rema, teamed him up with Canadian A-list artiste, Tory Lanez and dished out this new record ‘Simple Things‘ which serves as a follow up to their previous releases; ‘No Trust’ & ‘Feel Nice’

According to the American producers “To us ‘Simple Things’ sort of feels like the ultimate DJDS song because it sounds like what we’ve done and where we’re going all at once. You hear the sample chops and that’s old school DJDS but the collaborations represent the future. The work we put in with Burna Boy directly lead us to linking with Rema, and Tory is somebody we’ve been waiting years to get in the studio with. These guys are upper echelon so we really had to draw upon all our experience to give them something that felt undeniable.”