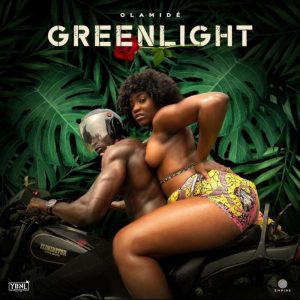 YBNL is launching a brand new track by label boss Olamide Baddo, named “Greenlight.” Unlike his previous track, Eru, which is a pop / funky track, this new song is a mid-tempo Afro-Rap record. “GREENLIGHT” is not a party starter compared to the Basking ‘Eru’; it’s a love song that seeks the closeness, focus, affection and feelings of a lady.

The famous Nigerian singer-songwriter and indigenous hip-hop rapper is Olamide Adedeji. He is also referred to as ‘Olamide Baddo’ or ‘Baddo Sneh’. He created the Nation of YBNL.

Olamide wants some greenlight on this lead single here to welcome the already planned “Carpe Diem” album. For that, he needs to communicate with the lady his heart pumps running through his mind so that he can express his emotions / affections of love, because tango requires two.