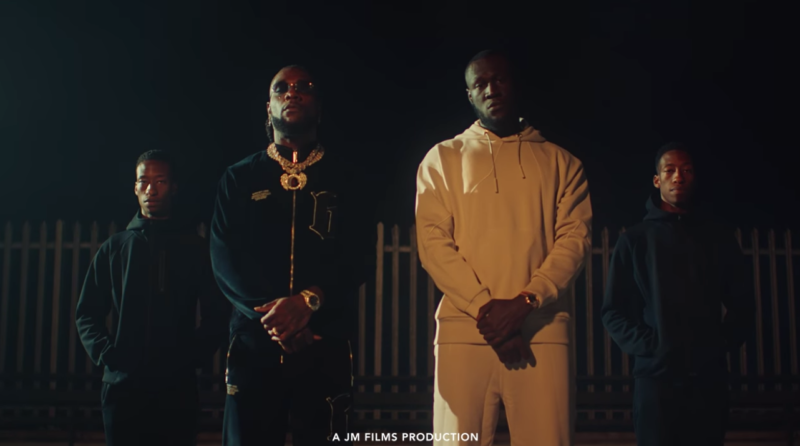 Burna Boy returns with a brand new music video for the track “Real Life” after the successful release of “Monsters You Created Visuals.” British Rapper, Stormzy, whose goal is to extend grime outward by including R&B, chart-pop, and UK hip-hop into his exacting style, is the record taken off his giant album,’ Twice As Tall,’ which is the number one most streamed 2020 Nigerian Album on Audiomack and other digital platform.

This video illustrates the struggle in the UK of underprivileged black youth. The blurred boundaries between life on the road and actual life. The fragility between life and death; and how knife crime / murder has long-standing effects on a society, mostly recorded as a mere statistic in the media.