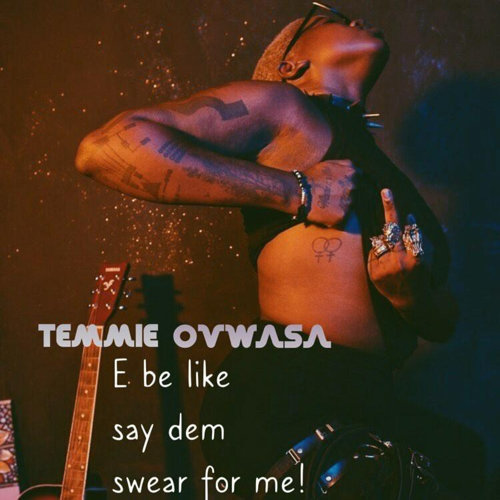 After causing a lot of online controversis, Temmie Ovwasa well known as YBNL Princess release an Album titled “E Be Like Say Them Swear For Me” . E Be Like Say Dem Swear For Me is more of a personal project which talks about her personality as a Queer person with mental illness Living in Nigeria.

A piece of 12 Tracks, All solos, Temmie didn’t feature anyone as sh says no one can tell her story better than herself.

The singer hasn’t been realeasing music the past few years rather she embraced Art which many are misinterpretting to something else which makes her feel like she’s being sweared for.