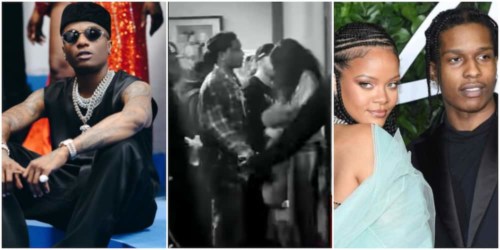 When it comes to Nigerian music, Wizkid is unquestionably a global favorite.

Rihanna and her boyfriend A$AP Rocky were spotted backstage at Wizkid’s gig in Los Angeles last night. This is a significant victory for the King of Afrobeats, as well as the Nigerian music business in general.

Fans can’t get enough of a video of the lovebirds spotted entering and backstage, so it’s gone viral on social media. However, some critics believe Wizkid is only gaining international recognition because Canadian musician Justin Bieber joined on the remix of his global smash song “Essence.”