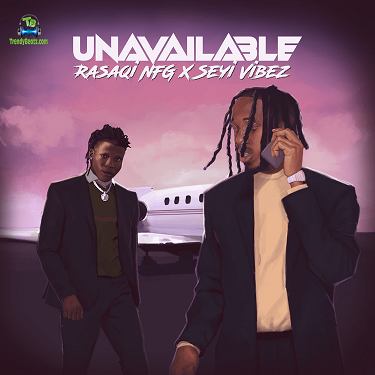 Nigerian singers, Rasaqi NFG and Seyi Vibez who is one of the Nigerian young and ave of the moment. They dropped this collaborative song not long ago which has been gaining fans attention. accumulating lots of streams and fans positive comments.
Rasaqi NFG is a well-talented Nigerian singer who is ready to take his music to a higher level. He has been in association with L.A.X on the song “Money” which was released a few months ago. The song was a hit one where you can see Rasaqi NFG potential and giving the blessing of L.A.X who did as much as expected.

This time, he requested vocal assistance from Nigerian rave of the moment, Seyi Vibez who garnished the song with his vocal that catches fans. Seyi Vibez has never recovered from his new EP drop “NSNV (No Seyi No Vibez)”, but listening to this song, we can tell the guy still got vibes and we can’t wait in having new collaboration from them.