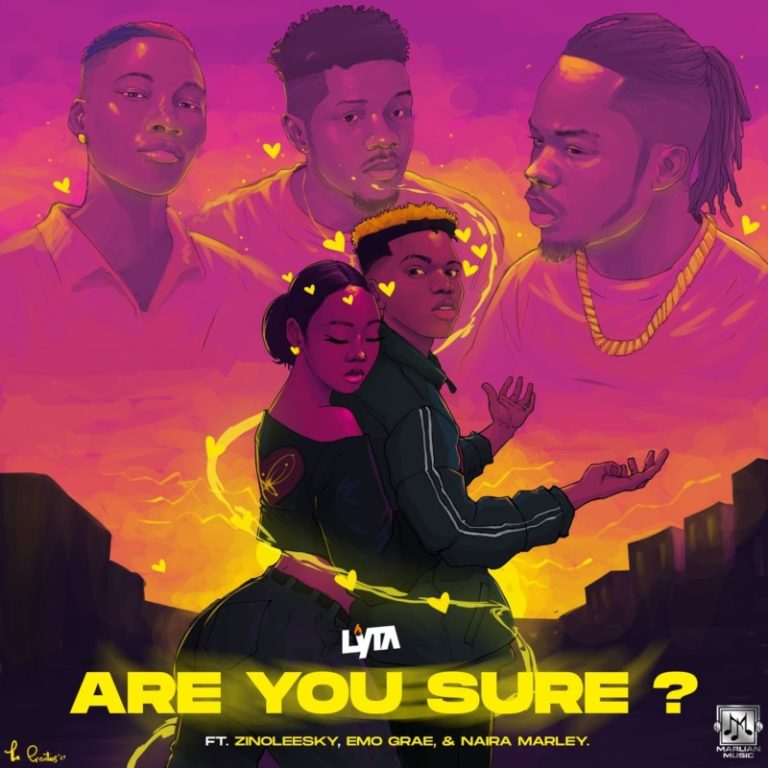 Lyta starts 2021 with “Are You Sure“, to deliver this joint he teamed up with Zinoleesky, Emo Grae & Naira Marley. This song is a follow up to his previous single ‘Everybody’ released late 2020.

Lawal Opeyemi Raimi popularly known by his stage name L-Y-T-A is a Nigerian singer and songwriter. He signed a record deal with YBNL Nation in 2018 but left the label in May 2019. In 2019, Lyta left YBNL Nation, signed a pushing deal with Doro Musik Gang and released the Killer Tunes-produced hit track “Monalisa” on 12 July 2019. Few weeks after the release of “Monalisa”, Davido reached out to Lyta for a possible remix of the buzzing song. Following their agreement, Davido flew Lyta down to Dakar for the remix and video shoot of “Monalisa” which was later released in August, 2019.

The accompanying music video for the remix was directed by Director K, the Remix went further than the original song and gave Lyta more exposure. Later same year he released the Afrobeat track “Worry” also produced by Killertunes.

In 2020 L Y T A went on the low, we heard from him only in the month of May when he released the tracks; “Ramadan” and “Birthday Wish”. Later in the year he announced himself as part of the Marlian Music Family and released the songs; ‘Hold Me Down‘ & ‘Everybody‘.